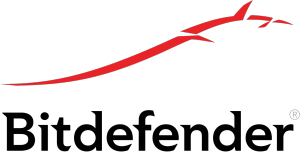 Bitdefender consumer product line in India. Bitdefender customers in India using the product starting from 2015 version may now easily upgrade their solution to the new 2017 version for free.

With its new 2017 consumer product line for Windows, Mac OSX and Android, Bitdefender takes the lead in the global battle against cybercrime and various threats with innovative features. The latest version of consumer products include cloud and machine learning algorithm to eliminate the threat of ransomware, which is spreading at alarming rates among home users.

Despite many new features, Bitdefender products still run feather-light to preserve system speed and battery life so users can enjoy doing what they love, knowing they are protected

Bitdefender has made its central portal Bitdefender Central a brand new security hub, which allows users manage their Bitdefender products and protected devices from a single, unified interface. The seamless operations command center takes care of all the devices in the users’ control, allowing users to manage devices if lost or stolen, scan them remotely, check their latest status, optimize their performance, and even request support directly.

Starting with the 2017 generation of Bitdefender consumer products, users can also take photos from any of their Windows or Android devices through Bitdefender Central, which will further help them track any devices that may be lost or stolen.

For MAC users specifically, Bitdefender created Time Machine Protection that prevents anyone from accessing or altering the backups, making sure the users can restore their system even in the event of an otherwise devastating ransomware attack.

“Bitdefender’s 2017 consumer line has a strategic advantage against other products, in that it was developed starting with the world’s best security software as a baseline,” said Bitdefender’s Vice President Consumer Solution, Ciprian Istrate. “This year, we have
made it even better, with a greater level of protection and an extra-light impact on users’ computers.”

Apart from single-license solutions, users in India can take advantage of Bitdefender Family Pack for up to 5 and 10 users offered by BD Soft and its channel partners. Bitdefender Family Pack provides unmatched cybersecurity protection for all the Windows, Mac and Android devices that can be managed from a single intuitive web console. This product is designed to keep families safe across platforms and devices.

“Bitdefender is already a well-known brand in India, and with this new line of powerful security solutions for consumers, it is all set to grab more attention and, eventually, a larger market share. Being a technological company, Bitdefender is constantly importing and
advancing its technologies making them available to both home users and enterprise customers,” Zakir Hussain Rangwala added.

Experts and users have praised Bitdefender’s award-winning products for offering the best malware detection and the best performance in the industry. The 2017 consumer line uses the
latest technological advancements to thwart all types of viruses, worms, Trojans, phishing, fraud and spyware, as well as hackers and sophisticated new threats. Bitdefender Antivirus Plus 2017 has won PC Magazine Editors’ Choice earning top scores in lab tests and PCMag’s own tests.