Bitdefender Hypervisor Memory Introspection (HVI) is a ground-breaking technology that detects suspicious activities by working directly with raw memory at hypervisor level – a level of insight from which malware cannot hide. It was launched on January 26th, 2017 globally as a part of the new version of Bitdefender GravityZone (version 6.1.29-545) product line. 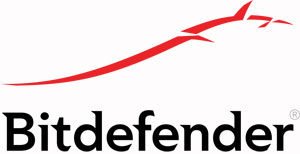 Following this, BD Software has conducted training sessions for its channel partners across India to explain how enterprise customers could benefit from this new security layer of Bitdefender’s award-wining GravityZone enterprise security solutions.

Hypervisor Introspection (HVI) is a unique security layer that works directly at hypervisor level to keep businesses safe from disruption or financial loss.  HVI is a result of month-long collaboration between Bitdefender and Citrix. Bitdefender’s HVI tightly integrates with the Direct Inspect API released by Citrix as part of XenServer 7, the first commercial hypervisor capable of virtual machine introspection.

Bitdefender HVI is the first solution that can offer real-time memory scanning and monitoring for guest virtual machines, providing unparalleled visibility into advanced targeted threats. At the same time, HVI offers true agentless security, with zero guest or drivers in the protected VMs, and is fully compatible with all existing security layers.  Complimenting existing business security tools, HVI monitors infrastructures without impacting consolidation ratios or slowing down user activity on the VM.

Positioned completely outside the operation system, with hardware-enforced isolation, and with no agent or drivers in the endpoints, Bitdefender Hypervisor Introspection is impossible to take down or compromise by rootkits or other kernel-level threats. It also allows HVI to detect never-before-seen threats that existing in-guest endpoint security solution might miss.

By focusing on techniques, rather than the payloads, Bitdefender HVI is able to stay ahead of attacks, and protect you against notorious attack gateways such as browser zero-days or spear-phishing emails with exploited files attached that are not visible from within the guest OS.

Apart from containing the attack in real time, Bitdefender HVI can also help remove the threat, by automatically inject a temporary remediation tool in the affected Virtual Machine. Bitdefender HVI sends out alerts the instant a memory violation is detected, and provides detailed reporting of the attack chain, including affected processes, type of violation, and timeline of the attack