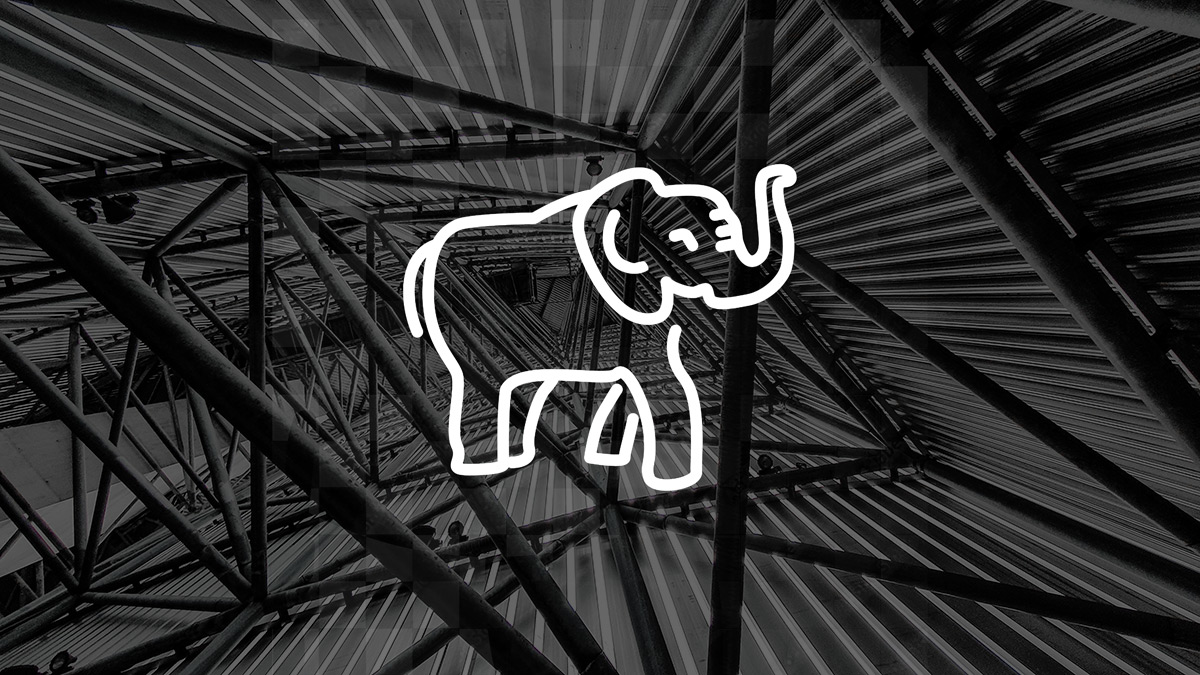 At the beginning of the invasion of Ukraine, we released a security advisory with recommendations based on different risk tiers. Since then, our Threat Intelligence (TI) and Managed Detection and Response (MDR) teams have been actively monitoring the situation and identifying active threats. Not surprisingly, the highest risk group contains businesses and organizations located in Ukraine, especially government entities and critical infrastructure.

One of the groups actively engaged in pro-Russian cyber-attacks is UAC-0056. This group has been active since at least March 2021, and its primary objective seems to be cyber espionage with a focus on key state sectors. Other names for this group are Lorec53, UNC2589, EmberBear, LorecBear, BleedingBear, SaintBear, and TA471.

This group has been associated with attacks using OutSteel and GraphSteel stealers (malicious software designed to steal data). OutSteel was written in the AutoIt language, while GraphSteel was written in the Go language (often referred to as Golang). While both languages are known for their ease of use, AutoIt is a simpler language often used by system administrators and scripters. The behavior of Go-based GraphSteel is also more sophisticated – while its primary purpose is harvesting credentials, it is also trying to exfiltrate the most common archives and Office formats like .docx or .xlsx and locate sensitive files like .ssh, .crt, .key, .ovpn, or .json.

Due to the inclusion of media files with extensions like .jpg, .png, .gif, .webp, .avi, .mkv, .mpg, .mpeg, and .3gp, GraphSteel limits its searches to files that are 50 MB or smaller. While there are certain similarities between OutSteel and GraphSteel, there is not a clear connection between them currently. The original announcement by the Computer Emergency Response Team of Ukraine (CERT-UA) regarding GraphSteel indicates an average level of certainty for attribution to UAC-0056.

For the rest of this report, we will focus on attacks involving the use of GraphSteel malware. GraphSteel is part of the Elephant Framework – a collection of tools also written in the Go language and deployed in a recent wave of phishing attacks on .gov.ua targets. Recently, three different attacks have been observed which relied on the Elephant Framework:

In all known Elephant Framework attacks, the spear-phishing tactic was used for initial compromise. The group demonstrated a good knowledge of social engineering techniques, with emails originating from spoofed Ukrainian email addresses. Email subject and body would often use trending themes (COVID) or use official-looking text.

In one of the emails, the threat actor included recommendations for effective security controls after warning about intensified computer attacks by the Russian Federation, including recommendations to use email and web traffic filtering, avoid the use of 3rd party DNS servers, and provide a briefing to employees about possible phishing attacks. This “helpful” email cleverly embedded a link to a malicious payload (masquerading as a recommended antivirus tool).

A few different techniques were used to execute the malicious launcher. In this example, the link to the malicious download is included in the body of the email. In other cases, an attached Excel spreadsheet with embedded macros was used.

There are a few different variants of launchers for GraphSteel that we have seen to date. In the case reported by SentinelOne, the downloaded launcher was a Python script converted to an executable (using pyinstaller). In the other cases, the launcher was written in the Go language like the rest of the Elephant Framework with the launcher’s name varying depending on the attack.

Why might threat actors choose the Go language, which is not a mainstream programming language, for this malicious software? Potential reasons include:

After analyzing the GraphSteel code, we identified references to other community modules used by the Elephant Framework; for example, for AES cipher, generating a unique client ID, or Coldfire (a malware development framework for Golang).

The launcher does not have the malware payload embedded – instead, it acts as a combination of a downloader and dropper. Upon execution, the launcher connects to the command and control (C&C) server, downloads the malware payload encoded as base64 string, saves it to the local disk and then executes it. The address of the C&C server is hardcoded in this executable and, in all recorded cases, the file dropped by this executable is named Java-sdk.exe.

Java-sdk.exe acts as a downloader of the Elephant Framework and, as you probably are expecting by now, is written in the Go language. It uses a similar technique as the launcher – first connecting to a C&C server, then streams a string encoded in base64 which contains the malicious payload, saves it as an executable to disk, and executes it. The address of the C&C server is not embedded – it is provided by the launcher as a base64(AES(<C&C>)) argument. Two different malware files are downloaded – GraphSteel (Microsoft-cortana.exe) and GrimPlant (Oracle-java.exe) which are automatically executed. GrimPlant is a relatively simple backdoor that allows remote execution of PowerShell commands. GraphSteel is used for data exfiltration of credentials, certificates, passwords, and other sensitive information.

This downloader component is also responsible for establishing persistence by creating a registry value Java-SDK under the registry key HKEY_CURRENT_USER\SOFTWARE\Microsoft\Windows\CurrentVersion\Run\. Typical flow of an attack based on the Elephant Framework

This covers our findings for the initial phase where the Elephant Framework is deployed to the compromised machine. In the next section, we will look in more detail at the core components of the Elephant Framework, GrimPlant and GraphSteel. Both implants are written in the Go language, comprehensive research is available from Intezer.

GrimPlant’s primary purpose is to allow a threat actor to execute PowerShell commands remotely. The address of the C&C server is provided by Java-sdk.exe using the command line parameter -addr. This address is not provided in plain text, instead, it uses the same base64(AES(<C&C>)) syntax as the downloader.

Communication with the C&C server uses port 80 and is based on gRPC – an open-source Remote Procedure Call (RPC) framework, originally designed by Google. The communications are encrypted with TLS, with the certificate hardcoded in the binary.

After establishing a connection to the C&C server, GrimPlant sends a heartbeat message every 10 seconds. Included in the heartbeat message is information about the infected endpoint (uploadSystemInfo function):

This malware and its heartbeat message run in an infinite loop, waiting to receive commands from the C&C server and execute them using PowerShell.exe.

GraphSteel’s primary purpose is to exfiltrate data from infected machines. The address of the C&C server is retrieved using the same method as GrimPlant. All communication is encrypted using the AES cipher on port 443. To communicate with the C&C server, it uses WebSockets and the GraphQL query language.

Below are the functions used by this malware:

The malware runs two routines to communicate with the C&C server:

When one payload is not enough

The analyzed incidents mentioned in the first section of this article above are based on the Elephant Framework and use the same kill chain, except for an incident involving a faked copy of Bitdefender software. On March 11th, 2022, a phishing campaign was reported by CERT-UA that included instructions to download a fake Bitdefender antivirus product.

Below is the full text of this phishing email (loosely translated from Ukrainian):

An increased number of computer attacks on information systems of Ukraine was detected since the beginning of the armed aggression of the Russian Federation.

Under the Law of Ukraine "On Protection of Information in Information and Telecommunication Systems" based on the decision of The National Security and Defense Council of Ukraine dated 06.03.2022, the State Service of Special Communications together with the Security Service of Ukraine, with the financial support of the Government of France, are taking measures to strengthen information security.

To eliminate threats to the state security of Ukraine and ensure the protection of information resources of authorities, organizations, and institutions of
all forms of ownership, the following recommendations must be followed:

Responsibility for failure to comply with the above recommendations rests with the authorities, organizations, and institutions of all forms of ownership.

To organize cooperation in the investigation of computer incidents, contact the leading specialist of the State Special Service <REDACTED>. 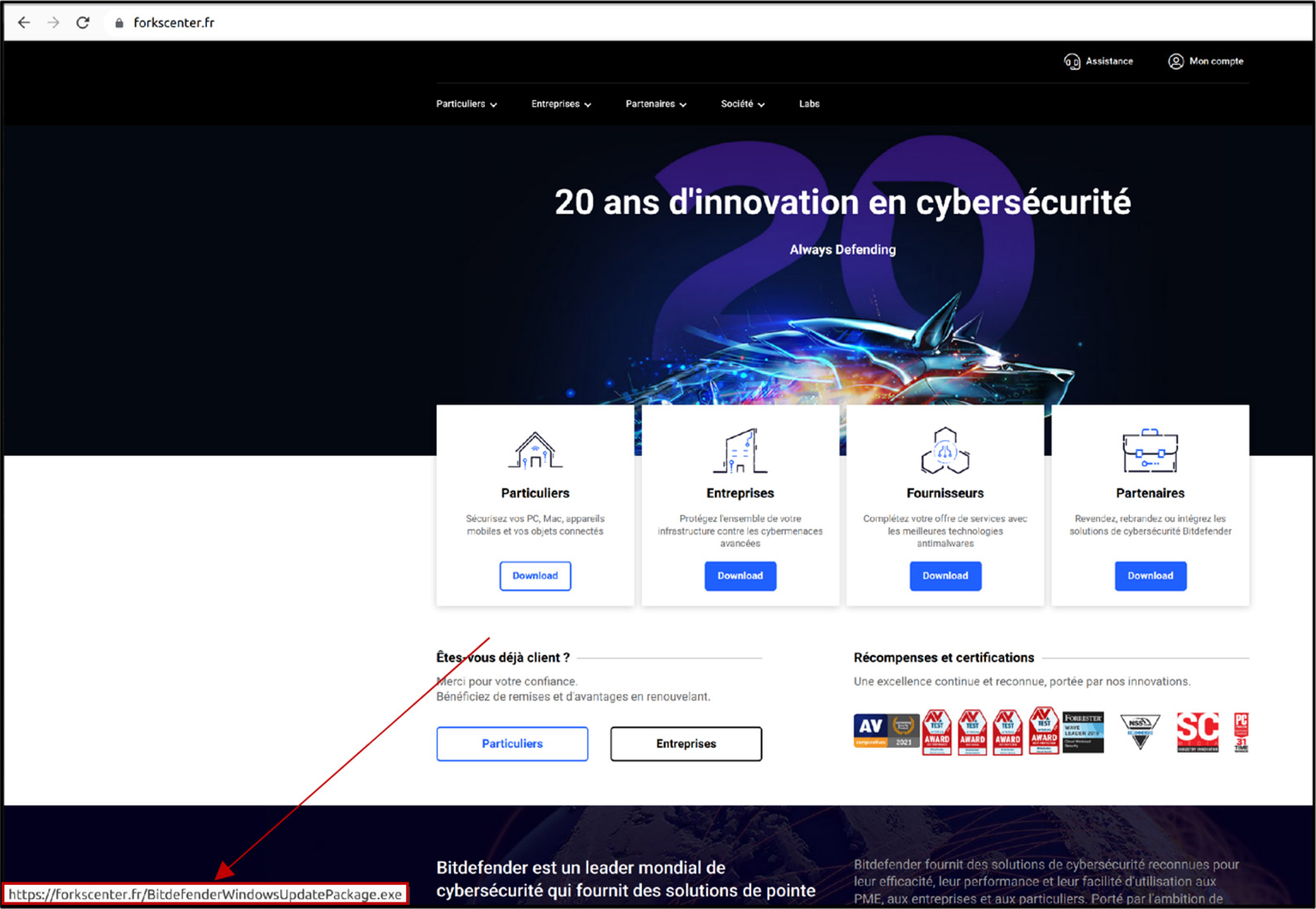 All links on this fake website are downloads for the malicious file named BitdefenderWindowsUpdatePackage.exe. Both France and Bitdefender have publicly declared support for Ukraine, and this may be a reason why UAC-0056 chose this context for their phishing site since this aligns with the focus of the spear-phishing email (i.e., to protect systems further due to the heightened geopolitical environment after the invasion of Ukraine).

This phishing campaign is also interesting due to a key difference compared to Elephant Framework deployments before and after it. With other campaigns, the file BitdefenderWindowsUpdatePackage.exe would have likely been a launcher, only responsible for the initial deployment of Elephant Framework. In this case, a parallel deployment was also triggered with a different payload. The initial executable deployed a Discord downloader, Alt.exe, which in turn deployed two executables. The first is a familiar Go launcher that deployed the rest of the Elephant Framework as described earlier. The second executable, One.exe, is a Cobalt Strike Beacon, which deployed another Discord downloader, wisw.exe. Persistence was established by creating a startup link called BitdefenderControl.lnk, which executes wisw.exe. Finally, the malware downloads another executable, cesdf.exe, from Discord. Unfortunately, this file is not available for analysis, as the download server was shut down. While the Elephant Framework deployment used hxxp://45[.]84.0.116:443 as the C&C server, the Cobalt Strike deployment used the C&C server located at nirsoft[.]me.

The best protection against modern cyber-attacks is a defense-in-depth architecture. Start with reducing your attack surface and employing automated controls to prevent most security incidents. For the few incidents that get through your defenses, you want to lean on security operations, either in-house or through a managed service, and leverage strong detection and response tools.

Integrated reputation services can stop an attack during multiple stages – from an initial phishing email, through the execution of a previously unknown payload, through to the successful compromise and subsequent call home to a C&C server.

Bitdefender Threat Intelligence (TI) is such a reputation service and can be integrated with your existing security infrastructure using the REST API. The services are platform-independent and compatible with any SIEM, SOAR, or other security tools that support consuming data from 3rd party APIs. For OEM partners looking to license such a solution, we deliver up-to-date, contextual intelligence on URLs, IPs, domains, certificates, files, Command and Control servers, and Advanced Persistent Threats.

TI is also featured in our Bitdefender Managed Detection and Response offering. Learn more about Bitdefender’s MDR Service, and get to know the Bitdefender experts who work in our security operations center (SOC).

Wewould like to thank Bitdefender Labs team for their help with putting this report together.