Bitdefender threat researchers recently put the finishing touches on an investigation of a long-running, sophisticated APT attack campaign targeting government entities in Southeast Asia, an attack whose infrastructure likely continues to be active today. Attack artifacts shows signs of a Chinese APT group that we believe to be state sponsored. Geopolitical tensions in the region are always present, and information exfiltrated by an APT campaign can yield commercial and military advantages to various adversaries and could compromise government actors should embarrassing political or personal information be revealed.

Check out the Executive Summary

Targeted APTs once required government sponsors or direct financial motivation (e.g. intellectual property), however they are now commoditized to the point where the same tools can be used to attack any target of opportunity. The complete technical details of the investigation including the attack timeline, toolkit and TTPs employed are available in a detailed research report on Bitdefender Labs.

In this article, we’ll delve into how specific technologies in an endpoint security stack can detect sophisticated multi-stage attacks during each step in the attack kill chain and focus on how automatic EDR mapping of each detection element to the MITRE ATT&CK® Framework tactics and techniques can provide early warning signs of a potential breach while guiding swift and comprehensive remediation efforts by InfoSec teams.

During the investigation, Bitdefender researchers also found that threat actors had an entire toolset in place, featuring powerful spying capabilities, backdoors and document collection mechanisms. The attackers achieved persistence on the target machines via digitally signed binaries that allow for the side-loading of backdoor tools into memory. Specifically, we identified three backdoors used for command and control (C&C): Chinoxy, PCShare and FunnyDream.

The typical execution flow under this attack campaign is as follows:

We also see clear evidence of an extensive custom toolset designed for data exploration and exfiltration and the use of spyware tools including Filepak for file collection, ScreenCap for taking screenshots and Keyrecord for logging keystrokes on the victims’ systems, all packaged up for delivery to systems controlled by the attackers.

Based on Bitdefender telemetry analysis, we have concluded that most of the C&C infrastructure for this APT campaign is located in Hong Kong, although we have also identified servers in Vietnam, China and South Korea. At least 7 different binary files contain hard-coded domains and IP addresses tied to attack infrastructure, two dozen of which we have uniquely identified in our research report. The distributed C&C infrastructure primarily controls the three backdoors. Having C&C infrastructure in the same region as the likely attack targets tends to draw less suspicion to the IP traffic that remote communications from outside the region. Additional evidence suggests threat actors may have compromised domain controllers within the victim’s network, allowing lateral movement and the potential to gain control over numerous machines within that victim’s infrastructure. 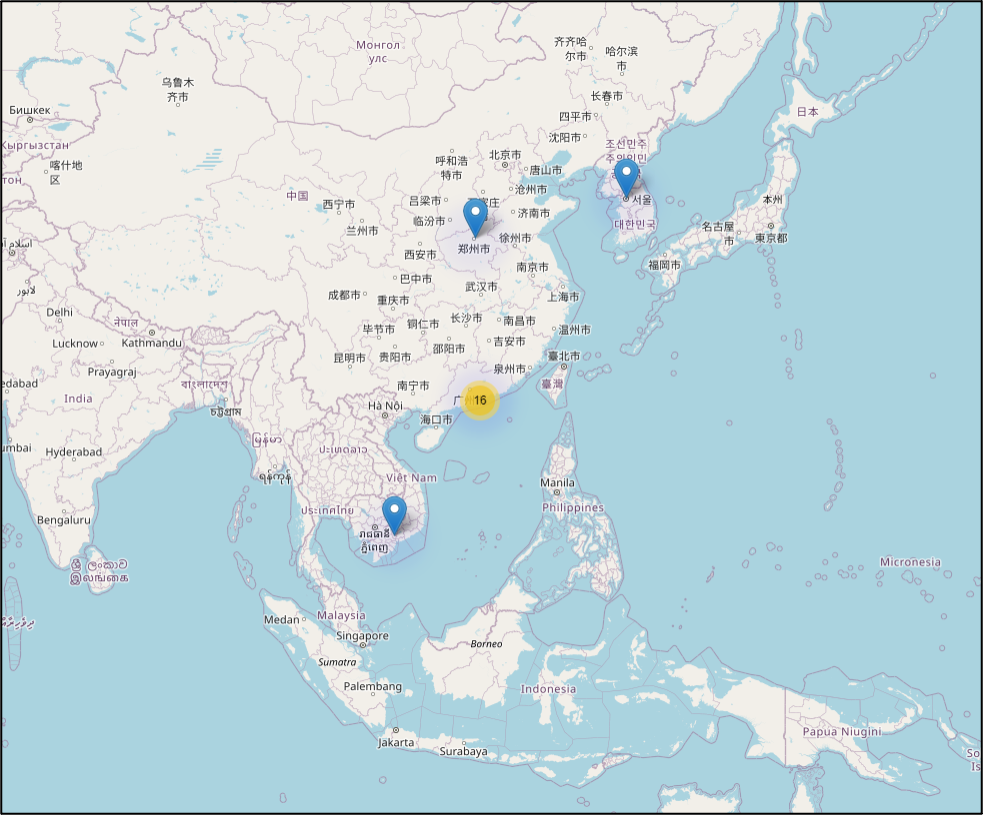 Analysis of this long-running campaign has revealed attack artifacts dating from late-2018 through 2020. Over 200 machines showed attack indicators associated with this APT campaign and the attack infrastructure likely continues to be at least partially active today.

Attributing APT style attacks to a particular group or country can be extremely difficult—as false-flag forensic artifacts can be manufactured, C&C infrastructure can reside anywhere in the world, and the tools used can be repurposed from other APT groups—however, evidence suggests a Chinese-speaking APT group using Chinese language binaries, and the Chinoxy backdoor used during the campaign is a Trojan known to have been used by Chinese-speaking threat actors.

Nearly every organization at this point has implemented basic endpoint security technologies to protect against garden-variety malware and to facilitate compliance reporting, however more advanced threats are routinely designed to evade these traditional defenses and escape detection. The conventional security stack primarily involves file-based detection technologies, which can sometimes miss sophisticated attacks for reasons including polymorphic malware, fileless malware or the misuse of legitimate tools known as “living-off-the-land.”

MITRE has created a knowledge base of adversary tactics and techniques based on real-world observations that help organizations identify signs of potential breach that would otherwise be missed by the traditional security stack. While most security solutions focus on identifying malicious files or URLs, MITRE’s framework can be used to map specific techniques and tactics throughout the attack lifecycle, such as file and directory discovery, command line interfaces being triggered, remote management tool usage and automated scripting. While not malicious actions per se, these tactics techniques and procedures (TTP) can indicate suspicious activity associated with advanced threat actors performing various actions.

Bitdefender has aligned our products to the MITRE ATT&CK Framework as a common industry reference standard for detection efficacy and comprehensive understanding of end-to-end attack campaigns. 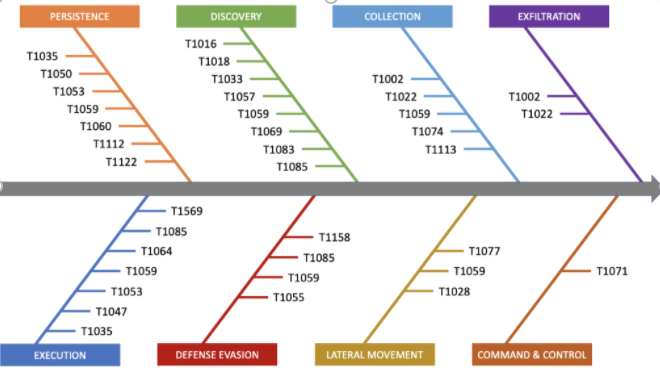 MITRE ATT&CK is powerful in terms of mapping suspicious and malicious behavior to the relevant attack stage, but the security stack plays an essential role in both prevention and detection, as it blocks many aspects of the attack and lays out a roadmap for remediation of further detections in the hands of a skilled security analyst. For example, against the Bitdefender security stack, the investigated APT attack campaign is readily detected and blocked by multiple Bitdefender security technologies during various steps in the attack chain sequence.

A comprehensive endpoint security stack that identifies suspicious behavior and malicious payloads across different aspects of the attack chain (e.g., on download, on installation, on access, on execution) is essential to blocking various aspects of advanced attacks. However, it is necessary but not sufficient in that blocking threats often fails to reveal the full intent and scale of an attack, so an EDR solution that maps attack tactics and techniques to the MITRE ATT&CK Framework is the next step towards both understanding and blocking where the attack originated and how far in the attack chain attackers managed to reach.

ATPs evolve quickly while attack TTPs and toolsets spread readily among cybercriminals and other threat actors. APT “mercenaries for hire” repurpose attacks for any targets of opportunity, regardless of size or industry. As such, it is now more important than ever to turn to capable and easily manageable EDR solutions that can correlate suspicious events into comprehensive incidents that the security stack might otherwise dismiss.

Today’s targeted APTs quickly become tomorrow’s commodity attacks and remote campaigns rarely stay far away for long. Speak with a Bitdefender representative to discover the industry-leading products and services that are right for you to help keep your business protected against an ever-changing global threatscape.