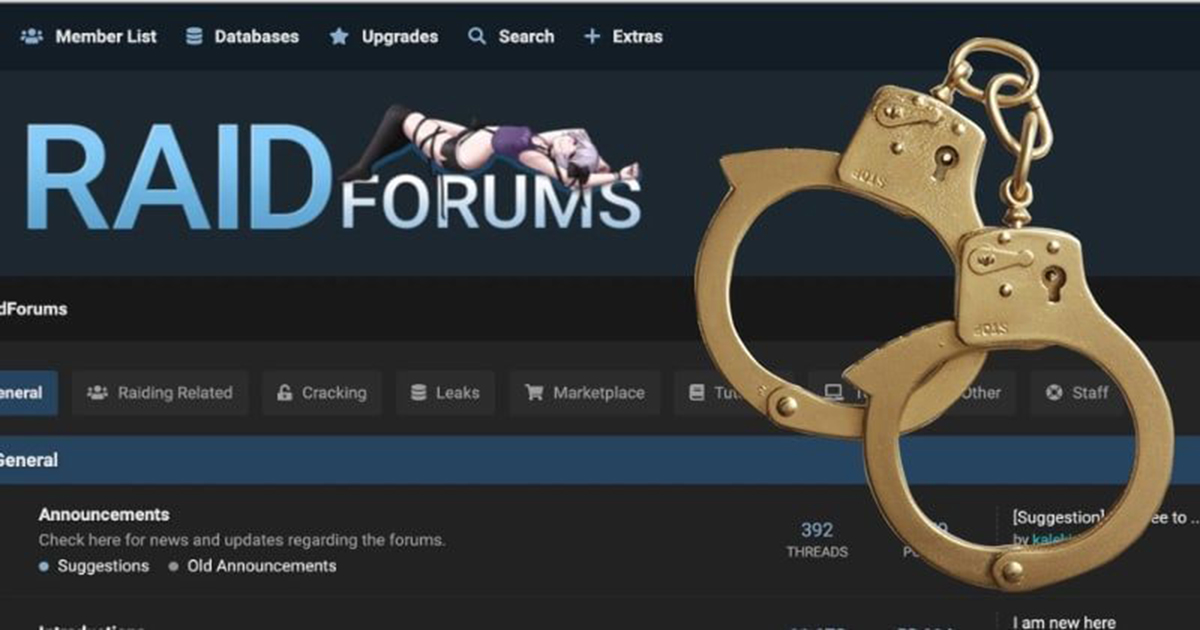 One of the world’s largest hacker forums, which has been operating since 2015 helping cybercriminals sell and purchase the hacked personal data of millions of innocent people, has been taken down by the police.

The US Department of Justice has announced that it has seized the RaidForums online marketplace, and arrested its alleged founder and administrator.

Visitors to domains that have long hosted the RaidForums website will now be greeted with the following message: